This month I travelled to the South of France for Les Boutographies, rencontres photographiques de Montpellier. 15 of my images were projected at the Pavillon Populaire. With its 600 sq. metres and 250 linear metres of wall space, spread over two floors, the Pavillon Populaire is one of the largest spaces dedicated to photography in Europe. It is the main exhibition space for the festival, and hosts approximately 60% of the works exposed. A jury composed of professionals concerned with the image selects fifteen works to be exhibited, and a further fifteen to be projected. The principal criterion for selection is the originality of the author’s approach. The jury takes into account all the diverse areas of contemporary photography. 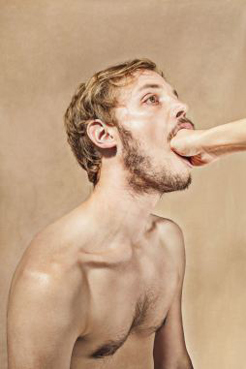 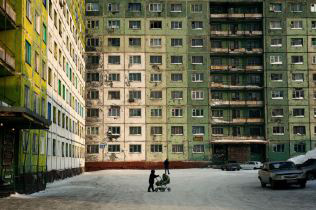 I’ve also been contacted by ‘Left A Bit’ to showcase my work in their latest article.

“Spent a few hours today attempting to sell stuff that I haven’t used or looked at in ages at a local car boot. Whilst trying to keep warm I became fascinated by the range of people who go along to car boot sales, young- old, black-white, big-small etc. With that thought in mind I have decided to post about this series this evening.

Paul O’Leary setup a white backdrop in various locations throughout Leicester, which is the second biggest multicultural City in the UK. Paul was intrigued by the breadth of characters that are often ignored in the City. By taking these portraits Paul O’Leary has left a visual impression of their lives”