The 2015 theme was global citizens and was dedicated to showcasing real people, real places and real events
around the world.

The lecture that I went to see was Photography and its role in International Development. This was an ‘in conversation’ with photographer Kajal Nisha Patel. The evening included examples from of her extensive portfolio especially the award winning
LightSeekers, founded in 2007.  There was some really good discussions surrounding the current economic hardship and decisions facing the world. The conversation then looked inward at our own economic vacuum in England. What does austerity mean and how do we counter its demoralising measures? Post-capitalism in an age of ‘informal-sharing’ has always worked so well in the Creative Industries. Tonight was a message of sharing and collaboration. I’ve seen Kajal’s work before and although we both live in Leicester, we’d never met. It was good to meet and chat about a few pieces that we’re working on that could benefit from the support of each other. 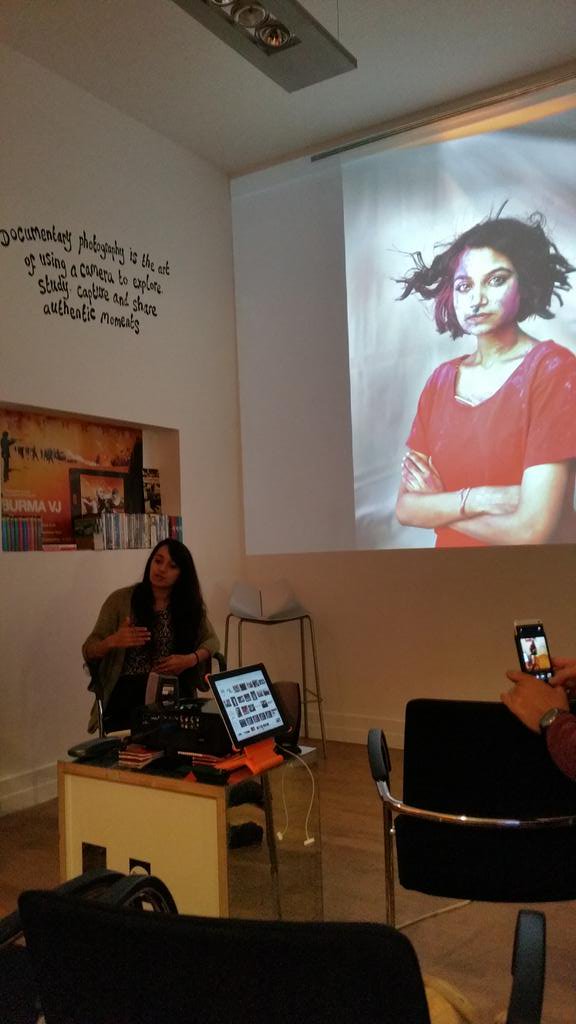 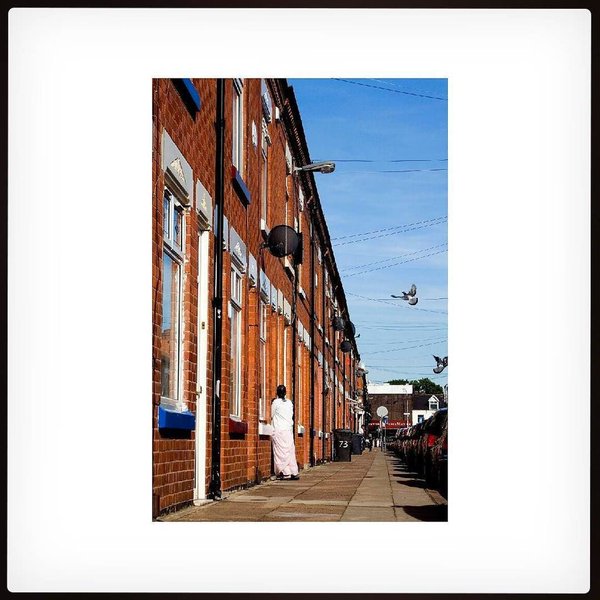 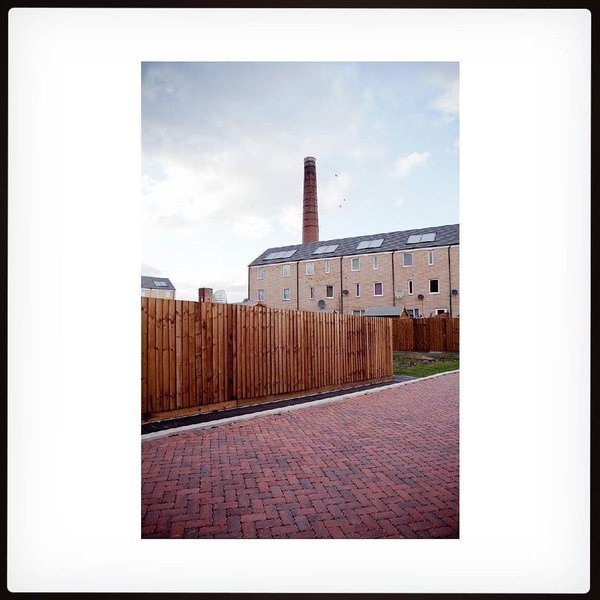 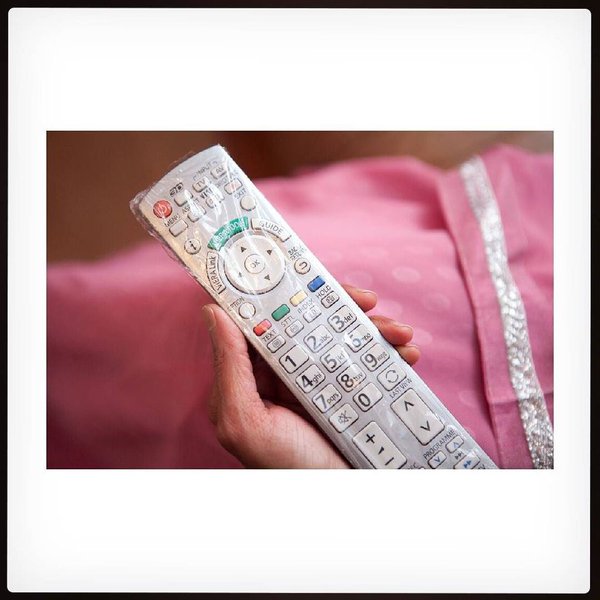 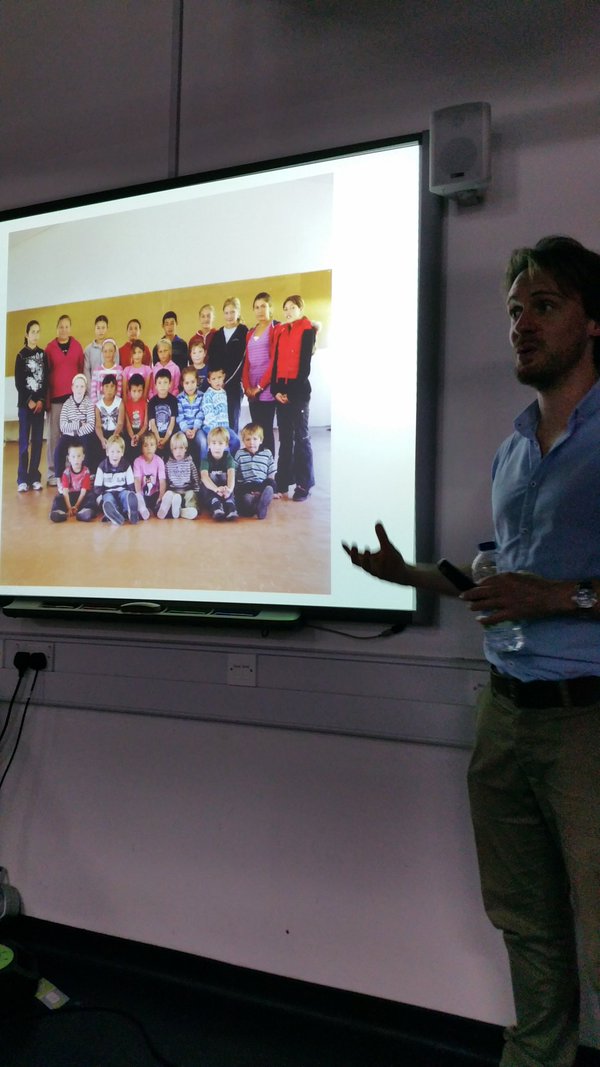 Continuing on from our recent guest lecturer programme (Zed Nelson, Mark Power,
Rut Blees Luxemburg and Simon Roberts) we had the pleasure of Jon Tonks company at LC.Whist studying on his MA Journalism & Documentary Photography, Jon researched and started to shoot first chapter of Empire. The body of work took 5 years to shoot and amassed 50,000 miles of travel. The book takes us on a journey of 4 outposts that remain under British Rule. (Ascension Island, St Helena, Tristan da Cunha and Falkland Islands) Island life has always fascinated me.
The choice of some to semi opt-out of mainstream society, to abide by the laws of the land (Britain) but to also live
by often unwritten laws and colloquial nuances of the island. One of the interesting topics that came up in his
presentation was the idea of freedom. As an example Ascension Island has had a varied life mostly used as a
military base (and still has a military presence) As with all military bases there’s suspicion of civilians anywhere near
their operations. The rule is that outsiders are not allowed to move to the island and even people who were born on
the island can’t get citizenship and have to leave by the time they get to the age of 18 (unless they are full-time employed)
This was amplified with the image of a 65 year old supermarket attendant still working because as soon as he retires
he will be forced to leave Ascension.

After shooting the first 2-3 islands he approached The Sunday Times. They liked what they saw and promised to buy the
work once he shot the Falkland Islands. He rejected photographing Gibraltar as”it was too easy to get to” Photographers
often replicate the urges of explorers and navigators. Their goal is to voyage into often unknown territories bringing back
treasures that the masses can enjoy. If ever there was a photographer and book that amplifies that sentiment then its Jon
Tonks and Empire. Jon photographed people, landscapes and eerie traces of a past who’s residue still impacts and resides
in the composition of its inhabitants. 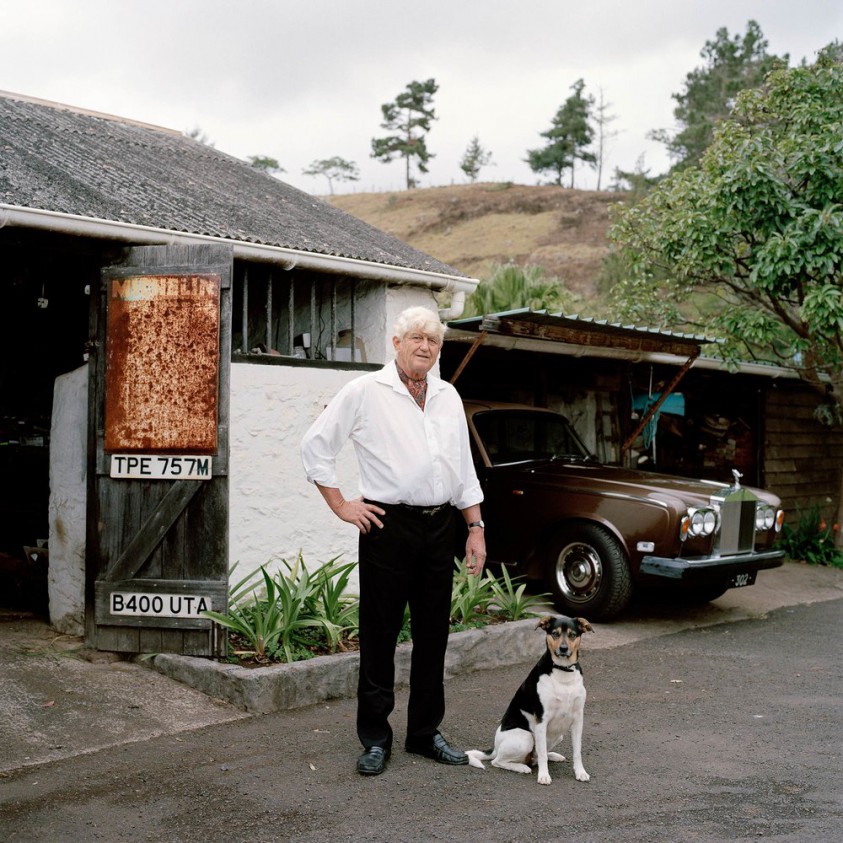 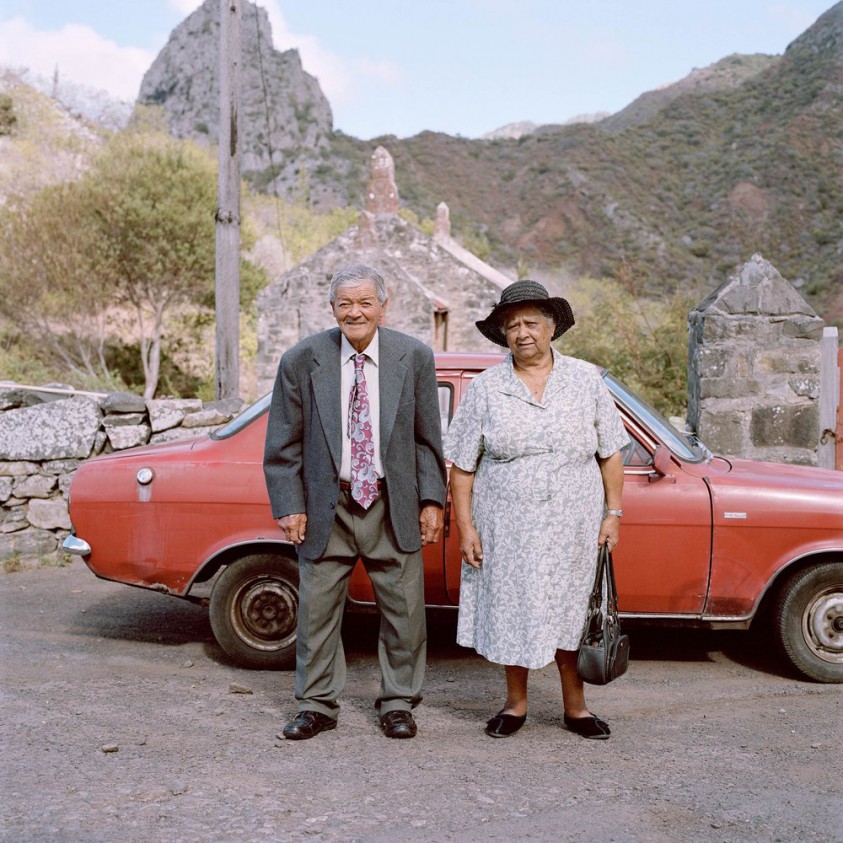 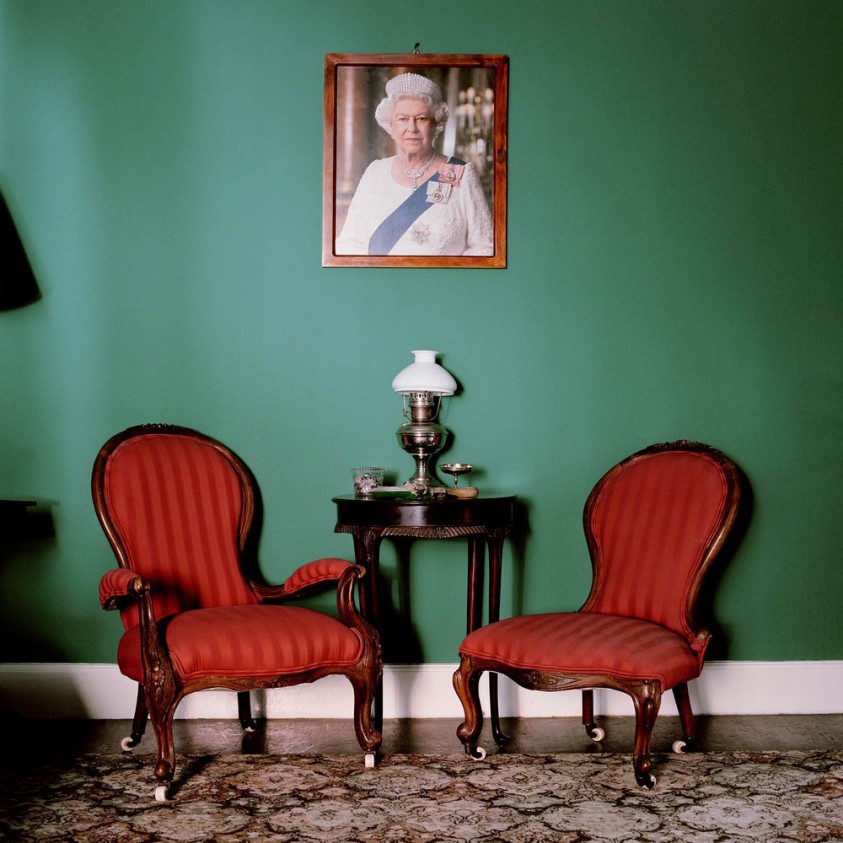 This morning The Impossible Project delivered one of their traveling workshops to our 1st year Degree students. Our course is an ‘Industry-Facing’ programme and the curriculum is
based around employability. Approximately 10 years ago we moved to a new campus and with that we
had to design a new department fit for the future. The discussions at the time questioned the need for
darkrooms beyond some misguided emotional attachment to wet film photography. At the time we only ran
a 2 year degree-level programme, so would teaching the mechanics of the darkroom impede or enhance our
students ability to gain careers in the industry? We still had visiting speakers who used film and were encouraged
to use film by picture editors, however, we fully appreciated that this was becoming a very rare tale. So did we
ditch the analogue darkroom and replace it with a digital suite? Nope! Part of our thinking was that the darkroom
taught students the fundamental skills sometimes ignored by the immediacy of its digital equivalent. Slowing down
the process would help students consider their practice more, and in turn improve the ‘making’ of images. We also
looked at film becoming more of a ‘craft’. I remember an ex-student hoarding darkroom equipment that institutions
and businesses were now, only too happy to dispose of. He was looking to the future when film had a re-birth. Well
that time is now! In this region alone there are 2 new (solely) analogue studio’s that have opened.

The Impossible Project have been making a big noise in North America. Their collaboration with Fotofilmic
presenting and shooting on their 8 x10 Black and White integral instant film looks amazing. For lovers of Polaroid
this was like welcoming back an old friend. Although we didn’t get to shoot on Large-Format camera’s the idea of
getting back in the darkroom and working with instant film was great. I wasn’t sure how my student’s would take to
this (the digital generation) but they absolutely loved it. We worked on producing Emulsion-Lifts
(A process where instant film is submerged in warm water so that the emulsion lifts of the backing paper and can
be applied to another surface) The session was all about creativity and freed the shackles of commercial gain,
something that I believe is hugely important in training people for the Creative Industries. A great workshop and now
I want a go with the 10×8 film!!!!!!!!!!!!!! See you in the States!? 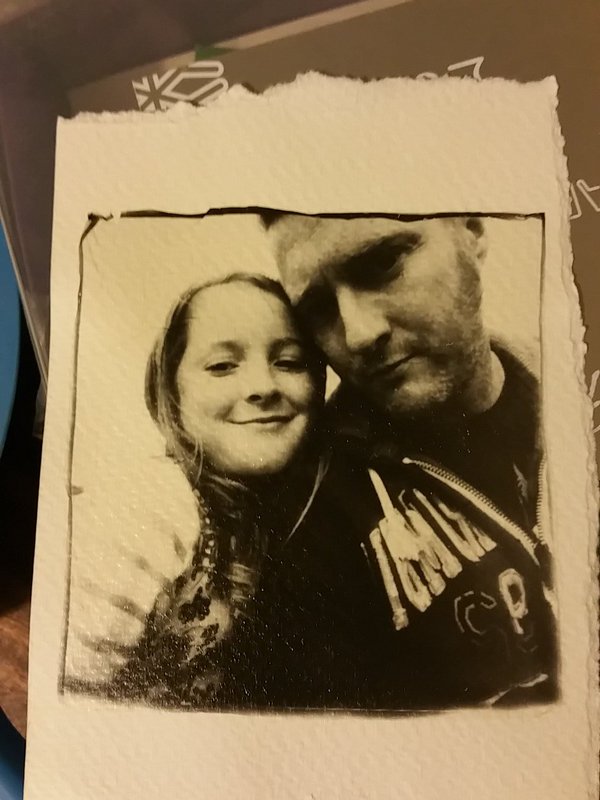 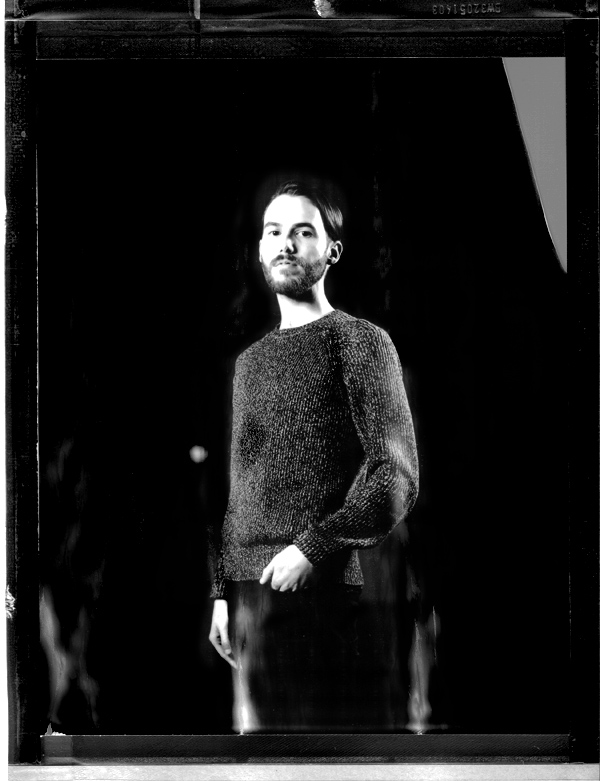 THE FUTURE OF ANALOG PHOTOGRAPHY

Edwin Land, the founder of Polaroid and the inventor of the world is first instant camera and film,
once said:Don’t undertake a project unless it’s manifestly important and nearly impossible.î
The founders of Impossible took him at his word when, in 2008, they purchased the last factory
in the world manufacturing Polaroid instant film, creating ‘The Impossible Project’. Their aim was
simple: to save 200 million Polaroid instant cameras from becoming utterly useless.
Two years later, the fledgling start-up began producing its own re-formulated versions of classic
Polaroid instant film formats for the SX-70, 600, and Image/Spectra cameras, as well as larger 8×10
format film, at plants in Enschede, the Netherlands, and Monheim, Germany.
Today, Impossible is no longer a project but a fast-growing company with over 140 employees in
Austria, Germany, the Netherlands, Britain, France, the USA and China. Its core products remain
analogue instant film, refurbished Polaroid cameras, as well as its own-designed range of analogue
instant cameras including the Instant Lab Universal. Now, at its creative headquarters in Berlin,
Impossible continues to re-design analogue photography for a digital generation.

by Paul O'Leary in News
Leave a comment
As a photographer Paul O’Leary records the time in which we live, the lives of others and in an indirect way charts his own time on this planet. He’s exhibited extensively in solo and group shows and his photographs reside in public and private collections. His work is mostly shot using large-format film cameras. It is a process that requires time and allows the subject to drift off into his or her own thoughts during the shoot. His images merge the control and structure of Portraiture with Social Documentary’s ability to depict and reflect daily routine. In his role as Course Leader in Photography at Staffordshire University he has preserved strong national and regional industrial links that have enabled him to introduce his students to other photographers to enhance their exploration of the medium. He lives, photographs and teaches photography in the UK. He is also the founder/director of Photocitizens.com an international photography festival that promotes photographic thinking and practice amongst undergraduate and postgraduate photography students. See all posts...